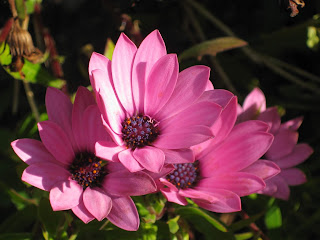 How quickly everything can change. A few months ago it was unthinkable that all of our churches would be closed for several weeks, especially over Easter and yet here we are. It is not the first time this has happened either. There have been other epidemics in the past which have caused churches to be closed. From 1918-1920 the world was hit with the Spanish Flu pandemic, a particularly deadly strain of the flu which took the lives of between 17-50 million people. 500 million people were infected worldwide. That is almost hard to comprehend by today’s standards, but that is what happened. Churches were closed then too.

This morning, Friday 20th, we celebrated our last public mass until further notice. It was inspiring to see such a large crowd at the mass and it was a very emotional time for all of us. The idea of not being able to receive the Eucharist for Catholics, is a kick in the stomach. For a priest not to be able to celebrate the mass with his people is very painful. Yet good will come out of this too. It has already made many people aware of how privileged we are to be able to have mass every day, something that in many parts of the world is not possible. I was talking to a priest friend of mine who worked in South America for some time. He told me that in one place where he worked, he had just two other priests with him (one semi-retired) and between them they had to cover 53 churches. That meant that most of those people would only have been able to attend mass every several weeks. In most places in the United States there is weekly mass and in many places there is daily mass. In my home country of Ireland, most parishes have daily mass. We are blessed, but we don’t realize it.

This crisis is also reminding us just how important it is to be able to worship together. This is what the early Christians did. They met in each other’s houses and celebrated the Eucharist together. ‘Every day they continued to meet together in the temple courts. They broke bread in their homes and ate together with glad and sincere hearts’ (Acts 2:46). They gradually grew in numbers and eventually they were able to build bigger places of worship called churches. If this painful time helps us to appreciate how blessed we are to have the Eucharist so often and to remember what the Eucharist is, then that in itself is worth a lot. 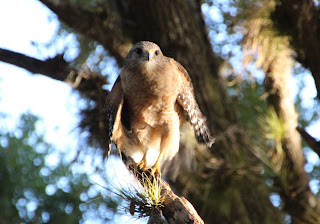 In ancient Israel, when the people were captured and brought into exile in Babylon (near Bagdad, in modern day Iraq), they felt that God was no longer with them, since they no longer had the temple. Sacrifices to God could only be made in the temple. The prophets helped them to see that God was still with them, even if it wasn’t as they would like it to be. It is the same for us. Although our churches are closed at this time and we cannot receive the Eucharist, God is still with us. Masses are still being celebrated by the priests.

Times of crisis are also times of growth. Apart from the scare of contracting the virus, it is also a time of crisis when we cannot go to the church and receive the Eucharist. But this crisis will help us to grow deeper in our faith and perhaps see with new eyes how much God has blessed us.

Now let us turn to this account of Jesus healing a man blind from birth. The fact that he was blind from birth emphasizes that giving him sight would have been a complete miracle and totally unheard of. Once he has been healed, he then comes to believe that Jesus is Lord. The miracles that Jesus worked did more than just heal the person, they were also pointing to who he was and is. When the man is questioned by the religious authorities, he is not able to explain what happened, or how, but simply that it did happen and that he now believes. He does not have the official ‘education’ or religious knowledge, to be able to know the things of God, and yet he comes to believe. On the other hand, the religious leaders of the time had the official education. They were the experts and yet they could not and would not recognize who Jesus was. Perhaps it was partly their religious knowledge which became an obstacle for them. Because Jesus healed this man on the Sabbath, they concluded that he could not be from God, because that was their understanding of how God worked. They had a particular understanding of how God must be, and since Jesus didn’t fit this picture, they concluded he could not be from God. Essentially their minds were closed and they didn’t want to know. But God often acts outside the way we think things should happen. The religious leaders were confined to a narrow understanding of God. You could say that they had a blindness of the heart. The blind man, on the other hand, was physically blind, but he had an openness of heart. Not only did he come to physically see, but more importantly he came to believe. 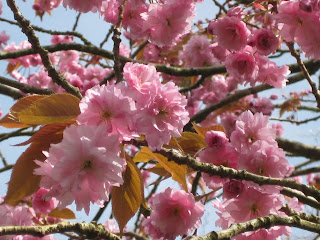 We have a particular understanding of what it means to believe and how we should express that faith: namely by going to church, praying and loving our neighbor. This is good and important, but that does not mean that God cannot bring people to faith in a completely different way as well. Muslims, Hindus, and many others believe in God too, but they have a very different understanding than we do. That doesn’t mean it’s wrong. It is just different.

This is a time when we can ask God to help us see again, with new eyes, all that He has given us and is teaching us. The Lord only requires an open heart. Once we are open, God will teach us everything.

‘The Lord is my Shepherd, there is nothing I shall want.’


Posted by Murchadh O'Madagain at 6:24 PM