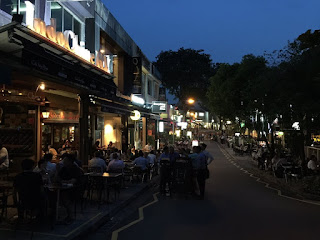 A few years ago I was out with some friends having a drink. There was an American tourist there, a man about my own age, and he was on his own. Eventually he joined us and began chatting. He told us a bit about himself and his wife and children at home. Then he asked me if I had any children. So I said ‘No, I am a priest.’ He was not expecting that reply, but then he said, ‘Yes, Jesus was a good man.’ I was thinking to myself, ‘Yest, Jesus was a good man, but he was also much more than that: he was and is the Son of God.’ That makes a big difference.

Something that you will come across quite often in discussions on religion, is the idea that Jesus is another one of the enlightened masters, like the Buddha, or Gandhi. You will come across this in what is generally called New Age thinking as well. He is a prophet and a great teacher and spiritual leader, but that is it. However, for us it can not stop there. We believe that he is fully human, yes, but also fully divine. He is God, revealed to us in human flesh. If this is not true, then we should not be here in this church. And if this is not true then what we do here in the mass is idolatry, because it would mean that we claim that this same Jesus, becomes present in the form of bread and wine. It is no wonder that many other religions think what we do is completely crazy. It is hard to blame them. Jesus himself claimed he was the Son of God. Either he was a liar, he was mad, or what he said was true. We believe that what he said was true, that he is the Son of God, fully human and fully divine.

This vision that the three Apostles Peter, James and John, were granted on the mountain tells us a lot. These three Apostles seem to have been given a more intense training than the others. The Gospels tell us that on three different occasions Jesus allowed only them to go with him. One time was when he brought back to life the twelve-year-old girl, Jairus’ daughter. He only allowed her parents and Peter, James and John to be there. The other time was in the Garden of Gethsemane when he allowed them to see up close, the fear and terror that he went through, knowing what was about to happen to him. He sweated blood, which is a real medical condition called Hematidrosis, caused by extreme stress. 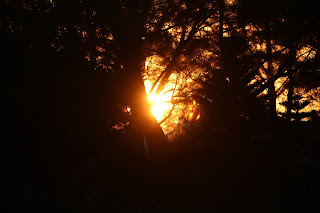 Why were they given this vision? It was for their benefit, to leave them in no doubt that Jesus was not just another prophet, even if a great prophet. He was the Son of God and then they heard this voice from the cloud saying ‘This is my Son the beloved... listen to him.’ It was another way of telling them, ‘Do not be in any doubt as to who he is. Listen to him.’ He is the only one whose voice we need to listen to. We are constantly being called in different directions. Different voices tell us what to believe, where to go. ‘Don’t listen to the Church because it is corrupt. The teachings of Christ are not real’, etc. But God the Father says, ‘Listen to him’.

Why did these other two men, Moses and Elijah, appear with Jesus? Moses represented the Ten Commandments, which were known as the Law. This was the law they were to follow, which would lead them to God. Elijah represented the Prophets. The prophets were the people whom God sent to point people back in the right direction. The Jewish people believed that if they followed the teachings of the Law and the Prophets, that was their path to heaven. That is why they were so keen to keep the law as perfectly as possible. Now Moses and Elijah appear with Jesus, which was a sign that Jesus was now the new path to heaven. All of us will go to heaven because of what Jesus has done for us. He is the new path to heaven, the fulfilment of the Law and the Prophets. ‘I am the Way, the truth and the life’ (John 14:6). 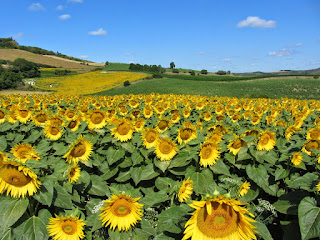 Peter, James and John were also being strengthened for the passion which was to happen right after this event and in spite of being granted this vision, they fled when Jesus was tortured and killed. If it was that difficult for them, it is not surprising that we can find it difficult too and that we doubt and wonder are we all crazy to believe in these things. But that is why God granted them this vision of Jesus in his glory, which must have been both wonderful and terrifying at the same time. God allowed them to see this so that afterwards they would regain their strength and courage. They saw Jesus in glory, to show them who he was/is and also to remind us that this is how we will see him when we die. Years later, Peter writes about this event in one of his letters:
For He received honor and glory from God the Father when the voice came to Him from the Majestic Glory, saying, “This is My beloved Son, in whom I am well pleased.” And we ourselves heard this voice from heaven when we were with Him on the holy mountain. (1 Pet 1:17)

We too need the same strength and courage, especially when we are all the time being told how foolish it is to believe all this stuff and that we should really get with the times. The Church is out of date, corrupt, etc. If Jesus is just a man, or a prophet, then what we do here is idolatry and indeed blasphemy. But if Jesus is the Son of God, which we believe he is, then what happens in each mass is the most extraordinary miracle in the world and it is also the most incredible privilege for us to be able to receive his body and blood in each mass. Who could even think up such an idea except God? No human would try to convince other humans of something so outrageous. Jesus told us to repeat this ritual in his memory and so we do, so that we can have him with us continually in a beautiful way, where we can actually receive him into our own bodies.

Despite the difficulty at times to believe and all the confusion that is around us, remember this event on the mountain and the voice that the Apostles heard:

This is my Son the Beloved... listen to him.

Posted by Murchadh O'Madagain at 6:29 PM